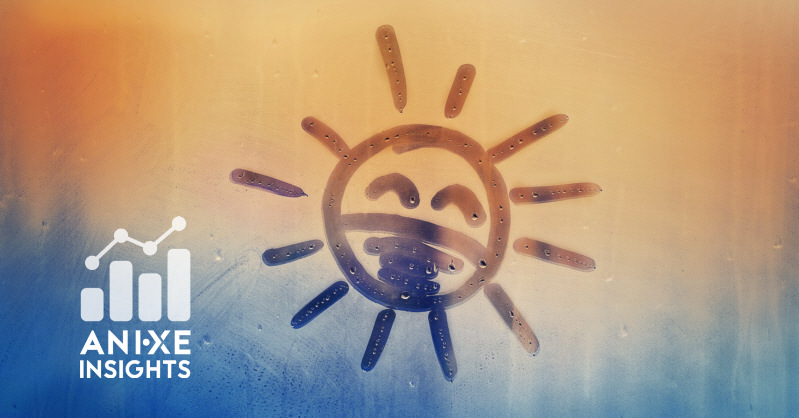 ANIXE Insights: With vaccines around the corner, everyone's packed a suitcase

The second wave, new strains of the virus and renewed lockdowns have brought the travel industry to an abrupt halt after the summer rush. It's been a year since covid has been with us, and while daily infection rates remain high, the numbers are no longer as impactful as they were just a year ago.

Admittedly, the second wave drastically disrupted the positive trend previously observed that would lead us to the travel industry's eventual recovery. It had seemed like the light at the end of the tunnel was nearing - a sight for sore eyes - but not just yet. Fortunately, last year's holiday season proved that people are intent on travelling. It is no longer a luxury, but a deep-rooted human necessity.

Today with the advent of vaccination programmes and the possibility of achieving herd immunity, the prospect of traveling this summer or even taking some days off during spring is looking quite feasible. We've seen the impact of covid diminish as the weather warmed up last year, and many feel hopeful about the months ahead of us. The only thing keeping most people at home are travel restrictions and lockdowns. It's nice to think of that day when all the restrictions are lifted. It'll be like mass global migration.

Some people have decided not to wait and have made use of early booking discounts.

Looking back at last year, starting May 2020 we saw a surge in bookings that gradually increased and stabilised at 29.9% of last year’s volumes over the summer period. Unfortunately, this positive trend plateaued in September and deteriorated significantly in October with the expected arrival of the second wave, and the introduction of travel restrictions in many countries.

January, however, brought a clear rebound. Although globally it accounts for less than 10% of last year's sales for the same month, the trend for 2021 seems to be set. In the German market, the number of bookings rose by 45% in January during a period of prolonged lockdowns. And this is just the beginning.

As lockdowns are removed and restrictions begin to loosen, international travel begins to resume. We’ve started to travel shorter distances, often with our own mode of transport. Interestingly, the end of last year excluded bookings from local destinations, which gave way to trips to countries such as Spain, Greece, Egypt and Turkey.

Compared to December, Greece in particular attracted even more interest, with its share of bookings exceeding last year's figures fourfold. On the other hand, the USA seems to be the most affected, as a reflection of the stringent travel bans set in place by the government.

The new year and the raging winter have encouraged German travellers to make reservations in warmer Spanish resorts such as Palma de Mallorca, Puerto del Rosario and Las Palmas as well as other sunny beach destinations like Hurghada, Antalya and Heraklion.

In December, Perto del Rosario, Dubai and Istanbul also enjoyed tremendous popularity, although their share decreased significantly later on. We see similar trends with the hotspots of January 2020. Demand for bookings to Las Vegas, New York, Rome and Vienna fell significantly, and their booking share in Resfinity dwindled. Top destinations were stable: Hurghada, Antalya and Palma de Mallorca. Their share in bookings was at a similar level, although on disproportionately lower volumes.

The three most popular destinations for German travellers are Hurghada, Side, Dubai.

The largest slump was in Istanbul, whose share in bookings dropped fourfold in December. Noteworthy, although Hurghada and Dubai's share of all bookings was lower than in December, their quantitative volume did not weaken - in fact, it increased by an average of 30%! That was all thanks to a strong interest from a wide range of source markets worldwide. So although these destinations overshadowed the hotspots, it is still a sign of the travel industry's resurgence.

In contrast to the situation in the fourth quarter of 2020, where trips of up to four days were very popular, January 2021 has proved to be a harbinger of change. The pandemic's current state has contributed. In January, German tourists made use of early booking offers, planning trips of 7-14 days for the spring and summer seasons.

Although seemingly reminiscent of the good old days, there has been a significant change in the scale of business trips booked shortly before departure. The share of single business travelers has dropped dramatically, giving way to family bookings. While people can do business online, the hunger for leisure travel is reaching a breaking point. The spectre of a vaccine has given tourists a sense of security, where simply signing up for a vaccination helps them break their mental barriers and make holiday plans.

Covid has also influenced certain changes in eating habits. Compared to the situation in 2019/2020 the proportion of reservations with a more inclusive meal plan – AI, HB and AI+ - has increased significantly, which is understandable given the increase in the proportion of long-term reservations. It also reflects people’s concerns about eating out. Tour operators, agencies and OTAs aren’t accountable for the health and safety of restaurants outside the hotels.

As far as prices are concerned, after significant reductions in the second quarter of 2020, we see a fast rebound where they’ve started to catch up quickly and have practically reached similar and often much higher levels than a year ago. The battered hotel industry is trying to make up for 2020's losses, and ultimately to survive.

Nevertheless, we see prices are discounted by 5-10% compared to December 2020 to encourage purchases. It may be a good strategy given that the full values of bookings exceed last year's values by up to 125-200%.

Data from last year has clearly shown that the tourism market can regenerate quickly. And there is certainly a huge demand for travel. Moreover, it seems that we are nearing the end of this difficult road, and every month that goes by will bring more sunshine and make us more resistant to the virus.

How will the tourism sector react to the increase in global vaccination rates? Which countries will open up to tourists first, and which citizens will travel first? Stay tuned for more data, and more insights.