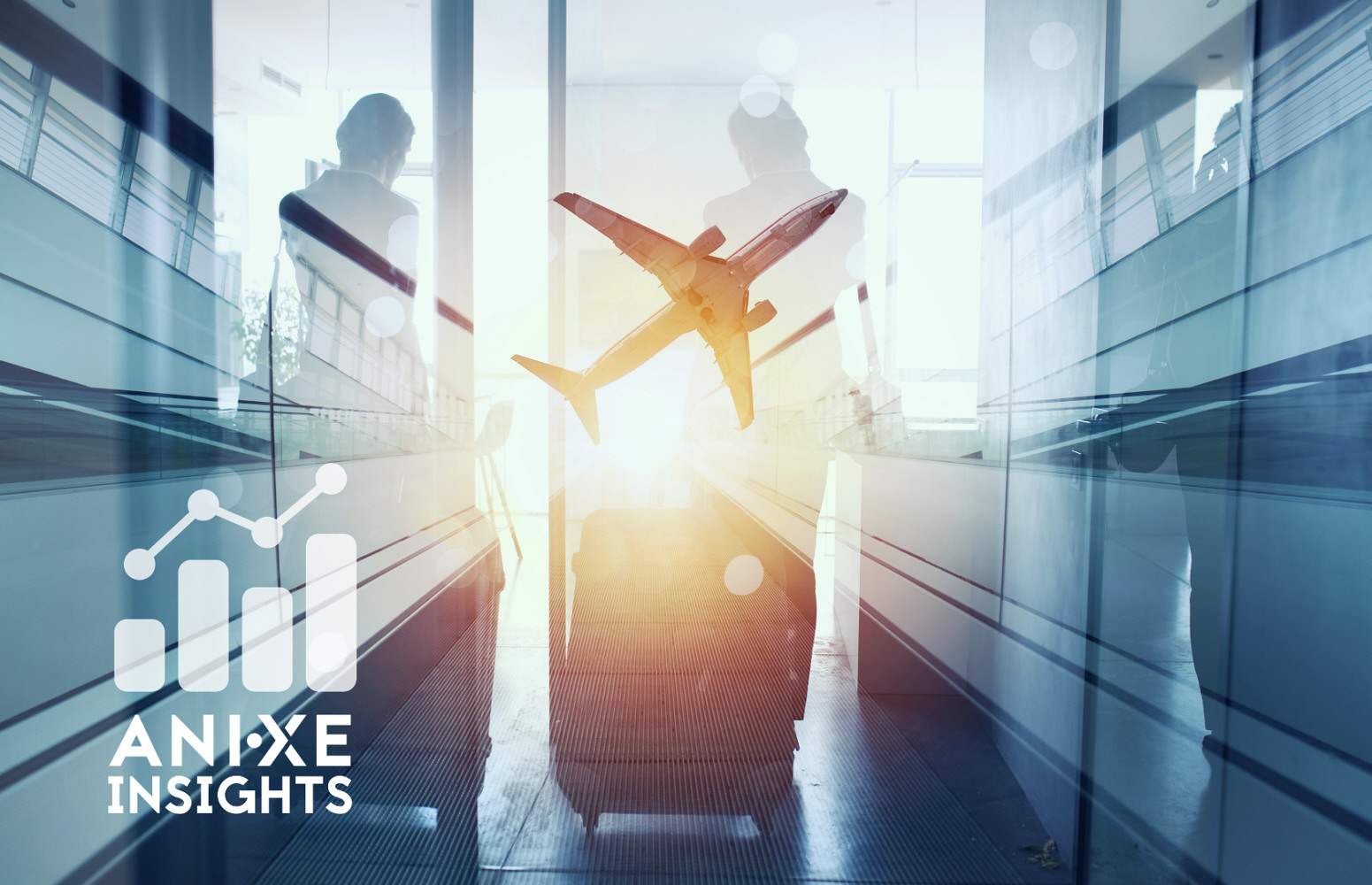 Cheerful optimism is sneaking back into the travel industry.

Battered and bruised after a two-year brawl with the pandemic, the travel industry has made it through the long night, and now the sun is rising. Forecasts for the future remain conflicted, but the statistics show us a pleasant picture ahead. Why then do we have cause for concern, what factors are shattering this idyllic image of the industry? War, pandemics, and inflation, I hear you say; let us show you why the naysayers are wrong.

The way on the final straight hasn't been all plain sailing. But are we out of the woods yet?

First, the Russian attack on Ukraine sent shockwaves throughout the world. The war cut down even the most pessimistic forecasts for growth to reflect a new, new normal. The threat of the war spilling over into neighbouring countries has damped expectations for growth in the region. A recent survey conducted by MMGY Travel Intelligence indicated that 62% of US travellers planning to visit Europe had changed their travel plans due to the region's instability. Furthermore, the European Travel Commission has pushed back Eastern Europe's post-COVID-19 travel recovery to 2025, meaning that unlike Western Europe, which is forecast to recover domestically this year, Eastern Europe will see a much slower rate of recovery.

Then there is inflation
A result of the war in Ukraine has been a global "cost of living crisis". Prices are skyrocketing, and the average household budget is tightening in response. People simply cannot afford to travel when prices are so high. A survey conducted by Bankrate found that respondents, when asked why they wouldn’t be travelling this year, cited price as the main obstacle.

Prices at the pumps
Fuel has seen the most significant increases since Putin’s invasion. And it has already started to affect the way people travel. Business travellers have been the hardest hit, especially when using private vehicles. In the UK, for example, the government only updates its “advisory fuel rates” quarterly. This means business travellers are being reimbursed at a rate of £1.47 a litre, whereas the current price is closer to £1.99! This makes it less worthwhile to do business face-to-face, and many are turning to online options.

Trains, planes, taxis and tuk-tuks are all affected by the rising cost of fuel, and it is doubtful that their owners are willing to take the hit. Ultimately, the costs of rising fuel prices will affect the end consumer. Adam Knights, regional managing director for the UK, Europe, and the Middle East at ATPI, warns that “you’re going to spend a hell of a lot more than you think you are”. It’s not only the costs of moving tourists that are increasing of course. The knock-on effect of high fuel prices means that everything from food to flip-flops will cost more. We can see this reflected in offers from tour operators which have been increasing month on month due to inflation and hotel owners trying to make up the losses of the past two years; consumers beware.

2020, hold my beer.
Just as we thought that pandemics were a thing of the (recent) past, news reports began circulating of a new threat to the world, Monkeypox. The world held its breath. Surely this can’t happen again, can it? Well, it seems that it can. Although monkeypox is much less transmissible than COVID-19, some countries around the world are spooked. Health checks are appearing on borders worldwide, and the German Federal Government has introduced a 21-day quarantine for those who test positive.

Perhaps it is just oversensitivity in light of COVID-19; the Robert Koch Institute announced that “human-to-human transmission is rare and only possible in close contact” with the World Health Organisation, adding that “travel restrictions or cancellation of events in affected countries are not yet justified and experts consider the danger to the population to be low”. Phew, it looks like this one ended before it had a chance to start.

So, where on earth is the good news?

Well, the answer to that is… everywhere. Despite all the quasi-apocalyptic occurrences happening around the world, our battered and bruised travel industry is soldiering on. From north to south, east to west, companies in the travel industry are reporting huge increases in demand for their services.

Highflyers
The association of Asia Pacific Airlines has reported a massive increase in international passenger demand. Figures released in April showed that Asia Pacific airlines recorded a 272.9% explosion in passengers carried compared with the year before, the highest level since the pandemic began.

We can see the effect on the ground too. Luton airport in the UK, welcomed nearly 1.2 million passengers in April alone, making it the busiest month since before the pandemic. Comparing it year on year is staggering; in April 2021, Luton airport only served 106,000 travellers; that’s a 1032 per cent increase!

Sunny skies return to Spain
The Spanish tourism industry is experiencing a post-COVID renaissance. Figures released by agenttravel.es show that the sunny shores of Spain are in quick recovery. Although the total amount of international tourists has not yet reached pre-pandemic levels, average customer spending has increased. Comparing April year on year, Spain has seen an estimated 869.8 per cent increase in travellers, most of whom fly from the UK.

And how does the European market match up? Using data gathered from Resfinity, let's find out.
In the face of global challenges, we have seen that tourism demand remains strong. Although the forecasts are not always in agreement, one thing is clear, we have all been itching to get away, and we are not going to let wars, pandemics, or inflation stop us from finally stretching our wings. At ANIXE we are data-driven, so let us now take a deep dive into ANIXE’s booking data and prove once and for all that Travel is really back. After all, the data doesn’t lie.

Looking at the last two months and comparing them to the same pre-pandemic period. What do the trends say?

The last two months have seen the continuation of a mega-positive trend in which turnover has exceeded 2019 levels. May 2022 generated a record level of bookings with a 15% monthly increase. The value is impressive not only because of the doubling of the scale of the monthly growth rate but, more importantly, because of the 145% scale of growth compared with May 2019, which is the same period before the pandemic. This proves that the war in Ukraine, the pandemic, and rising inflation are not enough to keep in check the rush to realise a dream vacation, which was not possible in the last two years for many of us.

In May 2022, Germans booked Spain, Turkey, Greece, and domestically. The latter is particularly popular, both in terms of volume and the share of bookings compared to other destinations. Although Turkey’s share decreased slightly compared to April 2022, it still remained almost doubly as popular as the corresponding period before the war. So did Greece, although in this case, the share improved slightly from the previous month.

In May 2022 - as in previous periods - German travellers were most likely to book hotel rooms in the Spanish Palma Mallorca, Turkish Antalya and Egyptian Hurghada resorts. However, domestic regions such as Berlin and Frankfurt have recently enjoyed a considerable increase in interest. On the other hand, a significant decline was recorded in the Turkish regions: Istanbul and Antalya, which may be related to the situation in Ukraine. Hurghada and Barcelona have suffered large drops.

The list lacked well-rated destinations from May 2019 – London, Rome and Las Vegas. Their share in 2022 - despite their relatively high positions - fell by an average of 30%.

The most popular destination city in May 2022 was Side, followed closely by Belin. Although also popular, Hurghada, Istambul and Rome saw slightly decreased traffic recently in favour of cities such as Berlin, Vienna, and Hamburg.

Traditionally, German travellers prefer to take trips that last about a week. Situational instability resulting from Covid, the war and escalating tensions in eastern Europe are prompting travellers to travel shorter but more frequently. Weekly stays are the most popular.

Compared to 2019, we are additionally seeing a sharp decline in trips lasting 1-4 days, which is mainly related to a reduction in business travel in favour of remote work. Due to the covid pandemic, people have learned to work remotely at no loss of quality. All indications are that this shift in business trend is here to stay.

In May 2022 - just like three years ago - interest in early booking offers (over 60 days) is dominant, relegating bookings made 0-4 weeks in advance. However, the share of last-minute bookings has also increased by 10% recently, and the share of first-minute bookings has decreased by the same amount. The same is observed monthly, although on a slightly smaller scale. Undoubtedly, this is the effect of uncertain times. People are unsure that their favourite destinations will be safe three months from now.

The trend showing the profile and size of the statistical traveller group is also confirmed for another straight month. Dominating are groups of 2 people and singles. Surprisingly, the share of single bookings in May 2022 was 22% lower than in May 2019. The unabated popularity of remote working and reduced business travel have certainly played a role.

ANIXE's Resfinity travel industry data shows that the rise matches the increase in business travel (single trips) in the popularity of rooms with breakfast only. It also reflects the situation in the same period before the pandemic. The popularity of rooms in the AI (All-Inclusive) and HB (Half Board) was significantly lower than it is now - accordingly by 56% and 24%.

As far as prices are concerned, apart from slight declines in April 2022 (market response to the effect of the war in Ukraine, as hotel prices have started to increase - both on a monthly and three-year basis. On the one hand, this is the effect of the hotel sector's desire to make up for losses as prices respond to changes in demand. Additionally, the growing inflation, which is weighing on both European and global economies, can significantly impact price differences in a three-year perspective. It all adds up to a picture of rising prices in the market, which is doing little to dampen the overwhelming demand for package holidays.

Spring has ushered in a long-awaited resurgence in the tourism market. The scale of bookings is approaching long-awaited pre-pandemic levels. Unfortunately, the bloody conflict in Ukraine and the various sanctions and restrictions imposed on Russia have a substantial impact on markets linked to the economies of the warring countries. Inflation is rising at an alarming rate, prompting more and more people to hold on to their wallets.

As the war continues, people are still unsure whether there is a possibility of Russia extending their attacks to Ukraine's regional neighbours. Who knows how long this uncertainty will last? Moreover, inflation is reaching generational heights, is the end in sight? And is it going to affect the pent-up travel demand of the last two years? Finally, which destinations will attract the most tourists this summer? To find out, follow your reliable trends and market statistics source... ANIXE Insights.